Shining the Light on Urban Art

When I was an art history student at UCLA, the art department shared the same building.  Installations seemed to be the ticket for art students in those days, and we art history students never knew when we saw something whether it was really what it seemed or an installation.  One day a cleaning bucket, on wheels and filled with filthy water, was sitting out on the patio in front of the entrance to the art library, with several old mops sitting in it.  On the side of the bucket spray dispensers of, assumably, cleaning fluids, hung by their handles.  A couple of dirty rags hung on the handle completed the scene.


We weren't sure whether someone cleaning had temporarily left it, or if it was an art installation.  We stood around debating it and giggling, then we all went to our respective classes.  I was in a seminar a couple floors up.  Before sitting down, I looked out the window to see if it was still there.  A couple of other people were curious, too, so every time there was a break we looked down out the window. About an hour later, a man dressed in a jumpsuit that some custodians wear came along and pushed it on his merry way.  It was what it was.  Why he left it out in the middle of the patio was a question that bugged some of us, so at break, on our way to get coffee, we caught up with him and asked him.  He shrugged and just said it had been his lunch break.  It took me a while to get into the spirit of installations.


Perhaps that's why I'm intrigued with the Spanish interventionist collective known as Luzinterruptus.  They call themselves the "light art" collective.  The anonymous art collective chose their name to reflect their ideology of attracting attention through light, which eventually fades or is interrupted.  They purposely chose projects that not only do not damage anything, but leave space for other street artists and for the public to share.  Using simple materials, often recycled and/or recyclable, they work at night and try to do a project once a week.


Please, recycle your garbage is one intervention many of us in the U.S. can identify with.  Disgusted with the electoral campaigns for municipal and regional elections, the group decided to put it all in the trash.  Since telephone booths are used for advertising they placed garbage bags over them, basically trashing the politicians.  Although they tried not to focus on any party, they stated that "curiously" most of the ads they found were from one party. 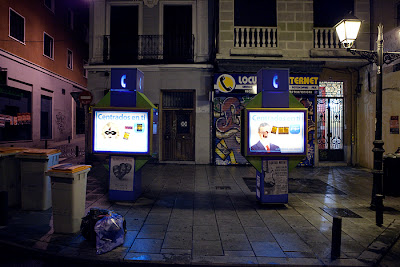 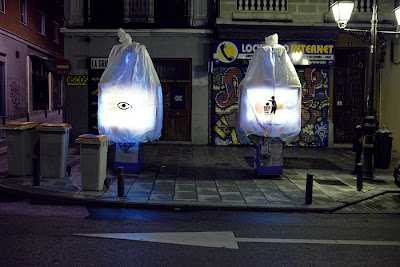 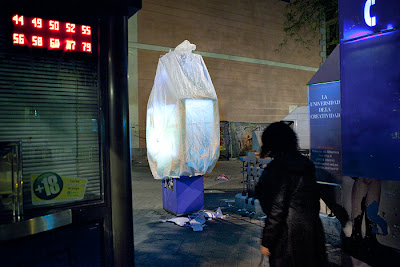 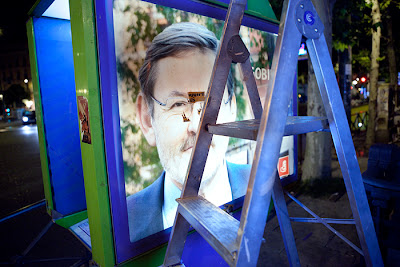 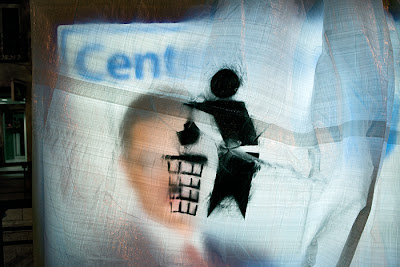 For last year's Spanish poetry festival in Madrid they hung 1,000 white envelopes which contained a light and a poem written for the event in a public garden which was also the site of poetry readings and performances. On the last night members of the public were given the envelopes to keep or address and mail out.  The lights in the envelopes continued to shine.  This installation - 1,000 poems by mail - effectively "shared the light" of poetry in a public space. 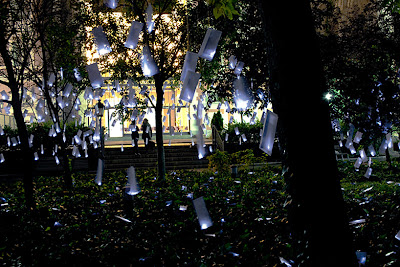 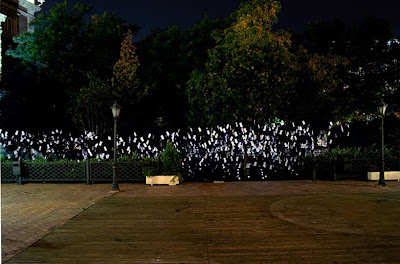 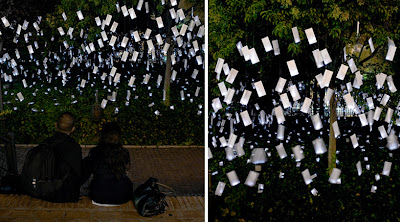 Thinking that the trash containers throughout the city look like seas, especially since they are covered in blue or green tarpaulins, they decided to add paper ships to them - lighted, of course.  One sees the sea between the cars was carried out in the Salamanca district of Madrid.  Apparently, they were the first things kids saw on their way to school in the morning. 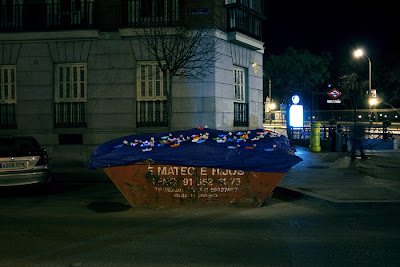 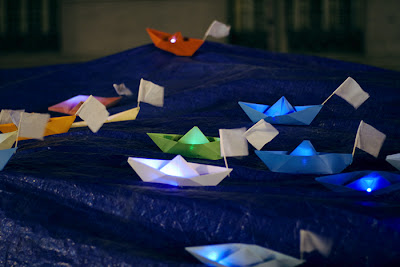 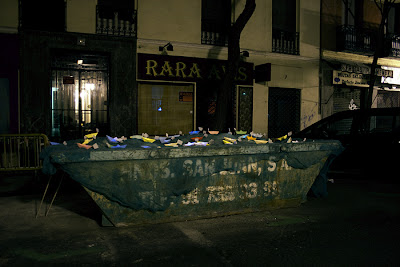 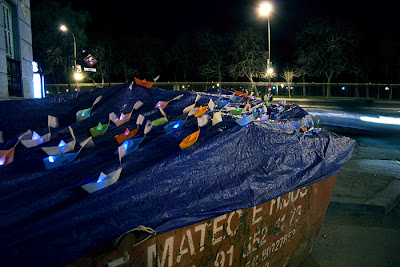 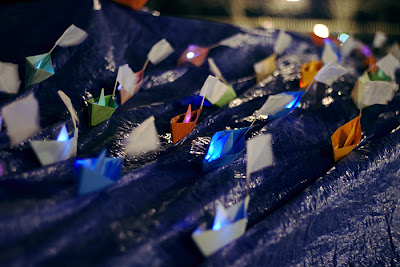 One of their most interesting, to me, installations took place in the Dumbo district under the Brooklyn bridge in New York.  Literature versus traffic consists of 800 books and lights strewn all over the street for several hours.  That's one way to deal with traffic. 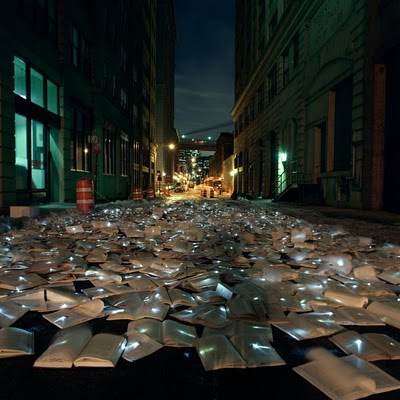 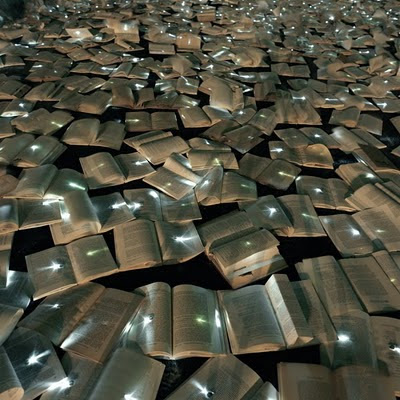 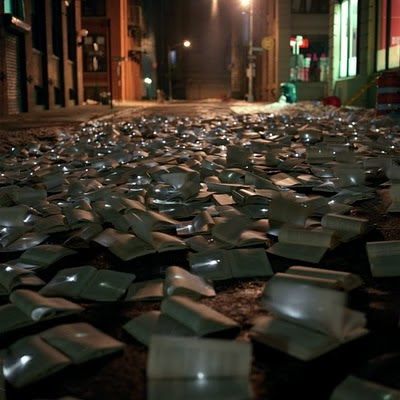 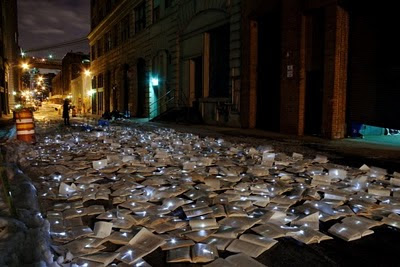 These clever and dedicated artists create wonderful surprises just for the delight of making and sharing them.  How great it would be to wake up to one of these installations