"I always hated what I looked like.  I thought I looked skinny and funny
and too shy and too small.  I thought everyone had gone stark raving mad."
Twiggy aka Leslie Hornby
"She'll last a couple of weeks," a bystander in 1967. 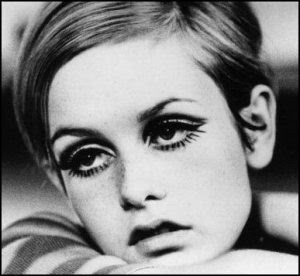 I was in junior high when Twiggy burst onto the scene.  With her stick figure, her boyish hairstyle, and those heavily made-up eyes, she was called the "anti-woman" by Susan Cheever.  She had no breasts, she wore white lipstick, she bit her nails, and she was knock-kneed and "coltishly awkward". 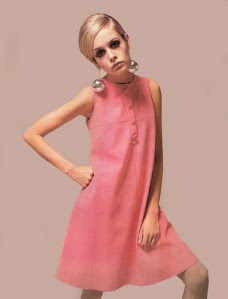 Much has been written about female body types and the effect fashion has on teens.  I won't go into that, but I'll admit to trying white lipstick (it doesn't look good on anybody!), and trying to draw under eye lashes.  I looked more like Raggedy Ann than a supermodel, but I tried.  No way was I going to cut my long hair, but as it was curly I slept on orange juice cans (empty, with both ends removed) as they didn't have huge rollers on the market yet.  My dad used to tease me about wearing sewer pipes to bed, but he was more disappointed that I gave up swimming because it interfered with my attempts at a straight coiffure. 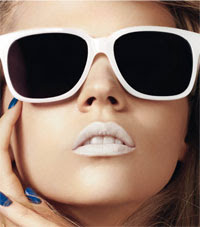 It all started for Leslie Hornby when a celebrity hairstylist was looking for women to sport his new androgynous hairstyle.  He wanted to take pictures and hang them in his salon.  Leslie reportedly spent seven hours in his salon getting her hair dyed the right color then cut.  Off she was whisked to a photographer, and the resulting pictures shot her into stardom.  The photos were seen by Deirdre McSharry of the Daily Express and she did an article on the young 16-year-old girl calling her "The Face of  '66". 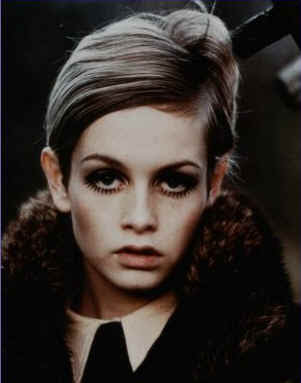 By the time she was 17, a year later, she was one of the most photographed faces in the world.  Her picture was put in a time capsule and sent into space.  That same year she released a single, "Beautiful Dreams", and marketed a line of clothing called "Twiggy Dresses" aimed at the teenage market.  She came in on the wave that brought unisex clothing and a reversal from previous fashions.  Often called the first supermodel, she, herself, considers that to be Jean Shrimpton, her predecessor and then-idol.
Her name came from her childhood nickname, "Twigs", but also aptly described her figure.  She was 5'6", rather short for a model, and anywhere from 90 to 110 pounds, depending who you read, at age 16.  It took her two hours to do her trademark eyes, and about five minutes to make up the rest of her face.  Her hair, obviously, required no great effort.  She soon became a household name.
In 1967, her second year as a celebrity, she went to NY where she starred in three documentaries for the ABC network.  She was on the covers of all the American fashion magazines, then published her own magazine in the U.S. - Twiggy:  Her Mod Mod Teen World.  Mattel released a doll, similar to Barbie, based on her.  The U.K. also released a documentary on her life.
The following year she traveled to Japan where her single was a No. 1 hit.  She filmed several commercials there.  When her dresses were released in later Germany that year, she traveled there to promote them. 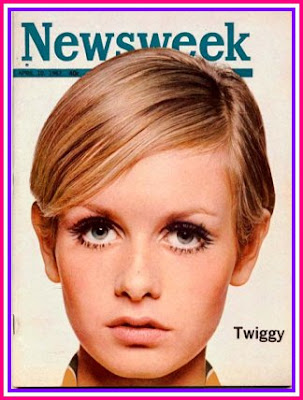 In 1969, she filmed a commercial for Diet Rite Cola where she sang and danced. She officially retired from modeling in 1970, although she has ever since done the occasional shoot.  That year she was cast in the movie "The Boy Friend", and went on to have a successful career as a stage, screen, and television actress.
At the height of her modeling success, she was the subject of much merchandising. In the U.K. there were her dresses complete with special hangers, tights, and badges stating "Forget Oxfam, Feed Twiggy".  In the U.S., Milton Bradley introduced the Twiggy Board Game in 1967.  Aladdin that same year offered a Twiggy lunchbox and thermos.  Yardley sold Twiggy false eyelashes, and there was many other paraphernalia offered by various manufacturers. 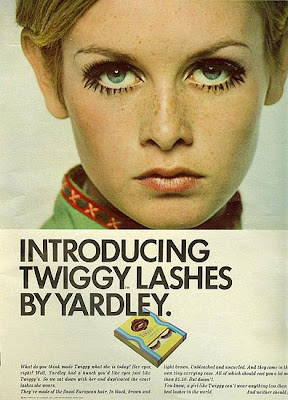 Eventually she grew up, gained weight, and is today 62 and slender with long hair. She is a supporter of animal welfare, is anti-fur, and promotes breast cancer research.  She still does some promotional shots, and has written a couple of books, done more songs, and has other merchandise lines.  She generally goes by her trademark and married names - Twiggy Lawson.