What is now a billion dollar industry has a sketchy beginning.  Legend has it that Chef George "Speck" Crum was frustrated by a customer who kept sending his fried potatoes back to the kitchen complaining that they were too thick and soggy. Crum's snarky solution was to fry very thin slices of potato.  To his surprise, the customer loved them, and "Saratoga Chips" became a regular item on the menu of the Saratoga, New York, hotel where he worked.


However, there was no mention of the invention in Crum's 1893 authorized biography.  Some claim that his sister, Katie Speck Wicks, may have invented it herself or with him.  Yet others, including an August 13, 1893 article in the New York Times, credit Harriet Moon as the inventor.  Actually none of them did, or one of them may have inadvertently reinvented them, as the recipe for fried potato shavings appears in an 1831 cookbook published by J. & J. Harper in New York - The Cook's Oracle, and Housekeeper's Manual by Dr. William Kitchiner, M.D. This recipe was said to be derived from an earlier English collection of recipes.  At any rate, whoever did invent potato chips didn't patent them.


It wasn't until the 20th century that potato chips were mass-produced for home consumption.  Two companies claim to be the first:  Mike-sell's Potato Chip Company in Dayton Ohio calls itself the "oldest potato chip company in the U.S." (founded 1910); and Leominster Potato Chip Company in Leominster, Massachusetts says they are America's first potato chip maker (founded 1908).  A mechanical potato peeler was invented in the 1920s which really accelerated marketing.

The first chips sold in markets were either scooped out of glass-fronted bins or in tins.  Early bags were made with the ends stapled together.  Chips in barrels, tins, or bins suffered from breakage and the bottom ones became stale.  Laura Scudder had her workers take home sheets of wax paper to iron into bag forms.  The following day at the factory they would fill them with chips, then iron the tops closed.  Not only did this keep the chips fresh, but it also reduced the crumbling. This made Laura Scudder a household name and potato chips a mass market product.  Today chips are packaged in plastic bags and filled with nitrogen gas that is blown in before sealing to length shelf life and help protect them from crushing.


In 1932, Herman Lay founded Lay's in Nashville, Tennessee.  He distributed them throughout the Southeast United States.  Lay's became the first successful national brand of potato chips.  Lay's, now part of the Frito-Lay family, produces potato chips for a world market, including the flavor below:


Potato chips are very popular on the other side of the pond where they are called "crisps", "chips" being the name for what we call french fries.  In the 1880s, Henry Walker of Leicester took over a butcher shop.  When meat was rationed after WWII, he needed a way to recoup his losses.  Since potato crisps were becoming more and more popular, he shifted his business focus and began making them in 1948.  Walkers is now a subsidiary of PepsiCo, whose parent company is Frito-Lay.  Walker is famous (infamous?) for their flavored varieties: 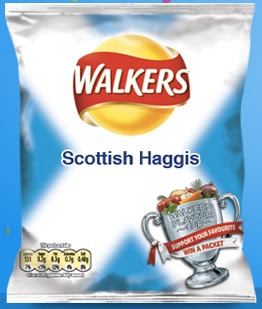 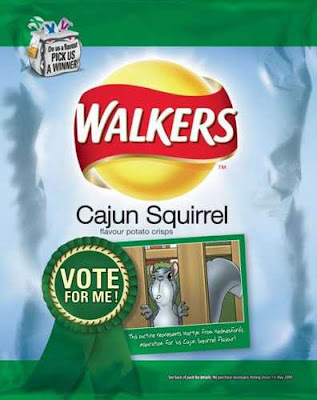 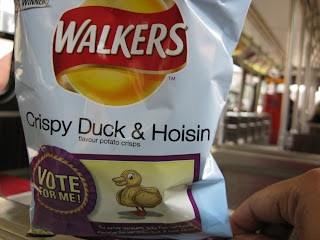 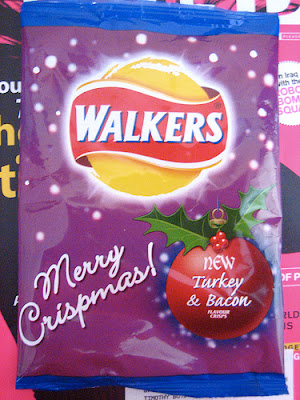 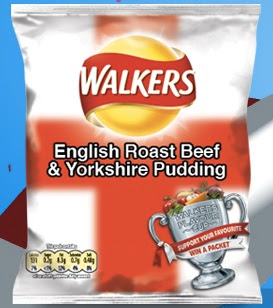 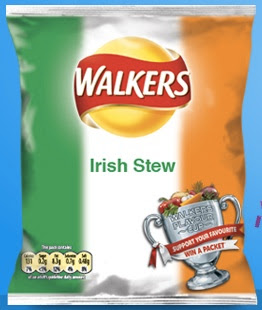 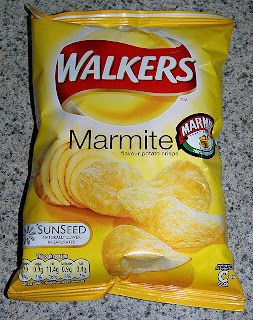 Not to be undone, another British company, Tyrrells Potato Chips was established in 2002.  They also offer an unusual assortment of flavors, although not as many as Walkers.  The ones below start with the romantic strawberry, sweet chili and white wine potato chips. 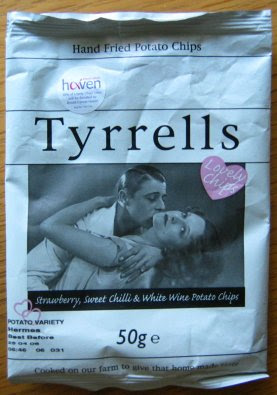 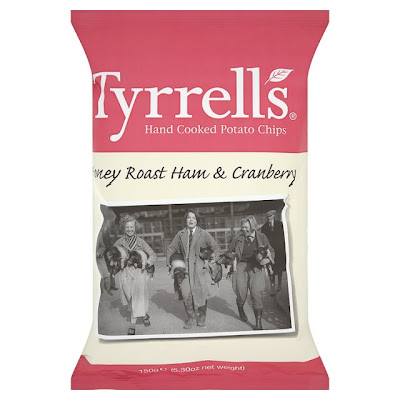 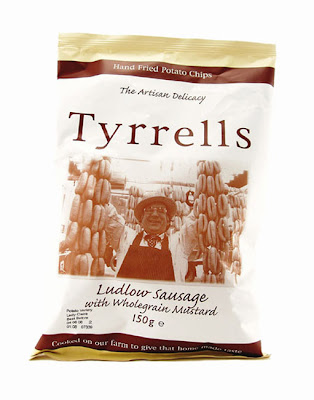 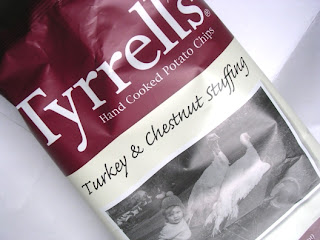 However you prefer your chips, efforts are being made to make them less salty and less fattening, although so far there hasn't been much success in doing that without sacrificing taste.  Even the sound of the crunch has been tested, which you can read here in an older article by food guru Harold McGee who also talks about their ideal shape.