Cerebral Boinfest is a year old tomorrow, and this blogger needs a rest.  This week take a look at some oldies you may have missed, starting with my very first post.... 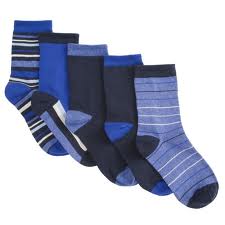 During a time when only men could attend colleges and universities, while women were taught skills such as knitting and needlework, a group of educated women emerged who flaunted their interests in literature and the arts by holding their own parties that were inspired by the established salons of Paris.  Beginning in London in the early 1750s, by the 1780s they developed into more broader networks that celebrated female education.  These women, the “Bluestockings”, attained such a high profile they are considered by some historians to have founded modern civilized society.  Egalitarian as well as educated, the women gathered to converse (politics was prohibited), and men were invited to participate and encourage discussion.
Elizabeth Vesey held the first party in Bath.  Some of the other women who first convened were Elizabeth Montagu, Hannah More, Elizabeth Carter, and Hester Chapone.  It included both men and women of prominent society, including Sir Joshua Reynolds, Horace Walpole, Samuel Johnson, Thomas and Henrietta Bowdler, and Catherine Talbot, among many others.
Interestingly enough, the first “Bluestocking” was a man.  Benjamin Stillingfleet was a learned botanist, writer (of opera and poems), and publisher.  When asked to attend one of the evening events he declined, as he could not afford the de rigueur formal dress then required of soirees, which included black silk stockings.  Upon learning the reason for not attending, he was asked to come in his informal, daytime clothes, including his blue worsted stockings, which started a trend.  James Boswell wrote in his Life of Johnson that, “Such was the excellence of his conversation, that his absence was felt as so great a loss, that it used to be said, ‘We can do nothing without the blue stockings,’ and thus by degrees the title was established”.  Fanny Burney, a diarist and novelist, who was also associated with the Bluestockings, also told this story anecdotally.
How exactly the name arose is the subject of conjecture.  Some historians have traced the name back to the 1400s, when the Della Calza (“of the stockings”), a Venetian group who wore blue stockings met.  Another claim is that it came from the contemporaneous French “Bas Bleu” circle of similar orientation, although some historians state that the names “Bas Bleu” and “Bluestockings” were interchangeable within England.  Stockings seemingly had an influence on status, as another group, the Covenanters of 17th century Scotland, wore unbleached woolen ones in an era where wealthy people wore dyed socks.
The name came to have pejorative meaning.  An old saying goes, “Women don’t become bluestockings until men have tired of looking at their legs.”  Even today it is a derisive word for a woman who affects literary aspirations.  Women still are encouraged to concentrate on dressing fashionably rather than  intellectual pursuits, often judged for their looks rather than their intelligence by many.
However the name came about, it referred to an informal gathering with an emphasis on intellectual topics rather than fashion.  The women who are credited with starting it were privileged women, generally with no or few children, and some kind of formal education.  Thus the average woman was not a part of them, due to a lack of literacy rather than economic circumstances.  There was never a formal society, and these social events served to replace the dull evenings these women were formerly allowed to play cards.  Since playing cards was associated with gambling, some factions considered the Bluestocking Society to be anti-gambling, which may have helped make it more acceptable.  In fact, The New York Times on April 17, 1881 published an article stating that the Blue Stockings Society was a women’s movement making a stand against gambling.
Popular sentiments at the time were that women did not want, nor need, colleges.  Even Anna Laetitia Barbauld, a prominent Romantic author and poet, stated that it was considered unbecoming for women to know Greek or Latin, almost immodest for them to be authors, and certainly indiscreet for them to own the fact if they did.  She advised, “The best way for a woman to acquire knowledge is from conversation with a father, brother, or friend.”  Of another, and to my mind much better, opinion was Mr. Sydney Smith, who thought it absurd that a woman of 49 should be more ignorant than a boy of twelve.
Although I knit and have done needlework, I have also studied Latin, and to a lesser extent Greek.  I thank these women for their part in my opportunity to attend a university; even if my own mother only encouraged me in the hopes I would meet and marry a Jewish doctor.  My own rebellion, though not an intentional one, was to marry a Scots/Irish/English/French/Norwegian and Native American agnostic bookman.  Here’s to rebellious women and my sister Bluestockings!
*******************************
Posted by Linda Hedrick at 12:01 AM