A Man of Sharp Pen and Sharp Mind

I'm in love with this man.  What a mondain!  My husband doesn't have to worry though, Gill died in 1885.  André Gill was a famous French caricaturist, known for his work for the weekly newspaper La Lune, L'Eclipse and Le Charivari among other periodicals.


Born in 1840 as Louis-Alexandre Gosset de Guînes to the Comte de Guînes and his wife, he studied at the Academy of Fine Arts in Paris.  He chose his pseudonym to honor the famous British caricaturist James Gillray. 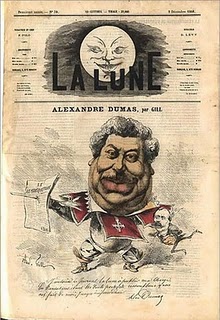 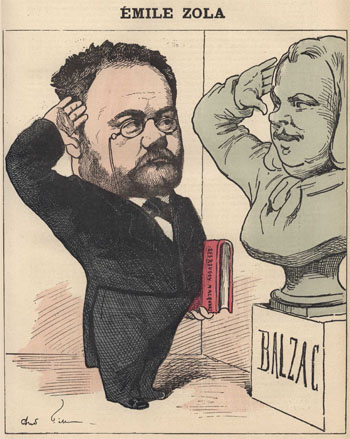 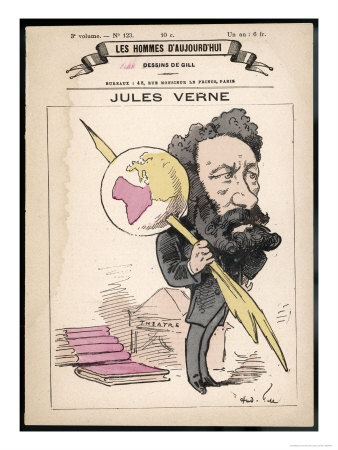 His style consisted of large heads and undersized bodies.  Despite the exaggeration, they were not cruel.  This caused him to be sought out by many of the celebrities of the day who wanted to be his subjects, including Sarah Bernhardt, Émile Zola, Otto von Bismarck, Charles Dickens, Victor Hugo, Richard Wagner, and Émile Zola. 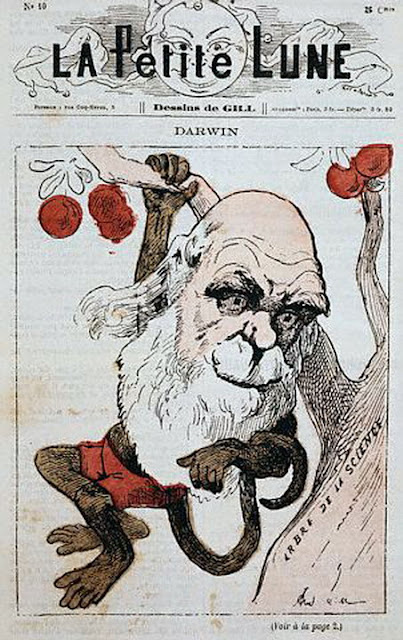 He worked for La Lune from 1865 to 1868.  Napoleon III, however, disliked the caricature depicting him as Rocambole that Gill did of him so intensely, that in December of 1867 he had it censored.  Editor Francis Polo was famously told by an authority, "La Lune will have to undergo an eclipse."  Thus Polo's new venture was named L'Eclipse, and Gill contributed to it as well.


In 1831 the caricaturist Charles Philipon did a drawing of King Louis-Philippe turning him into a pear.  Strict government censorship was in place to prevent the publication of caricatures aimed at politicians.  When Gill drew a pumpkin it was believed by magistrates to be the head of a judge.  In light of Philipon's drawing and the suspicion of all fruit drawn by caricaturists, Gill was faced with a lawsuit. He ended up spending a short time in prison, but the notoriety brought him fame and entry into Paris's Bohemian art world.


He was also a curator of the Musée du Luxembourg, but his work there was disrupted by the upheaval of the Paris Commune, the brief government that ruled Paris for two months in 1871.  In 1875 he painted a sign for a neighborhood nightclub of a rabbit jumping out of a saucepan.  Locals called it "Le Lapin à Gill" (Gill's rabbit), which eventually morphed into "Lapin Agile" (nimble rabbit) when the nightclub became famous.


In the 1880s Gill began to exhibit signs of mental illness, and spent time in a psychiatric hospital.  He was unable, therefore, to enjoy the lifting of censorship laws that came about in France in 1861, which allowed that any newspaper or periodic writing could be published.  He died in 1885 at the asylum of Charenton, once the home of the Marquis de Sade. 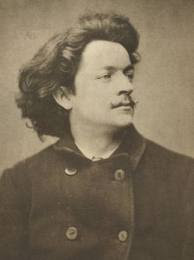 He lived in turbulent times, and apparently had a turbulent mind.  Unafraid of involving himself politically and expressing himself humorously his loss as an artist was greatly felt.  We are left, however, with a body of work that recommends him highly, and that perhaps is the best one can hope to leave behind.