Is this your notion of a librarian - a gray-haired, bun-coiffed woman?  Of course, this one does not appear to have the requisite spectacles.  When I was teaching and tired of constantly putting on and taking off my glasses (I can see distance like a hawk, but can't read a menu without help) I started wearing an eyeglass necklace. One day after school my principal saw me walking out the door wearing them.  He laughed and teased me about how "only librarians wear those". I pointed to my husband (a librarian) who had come to pick me up, and said, "He doesn't."  My principal blushed, but that seems to be one of the common perceptions about librarians. 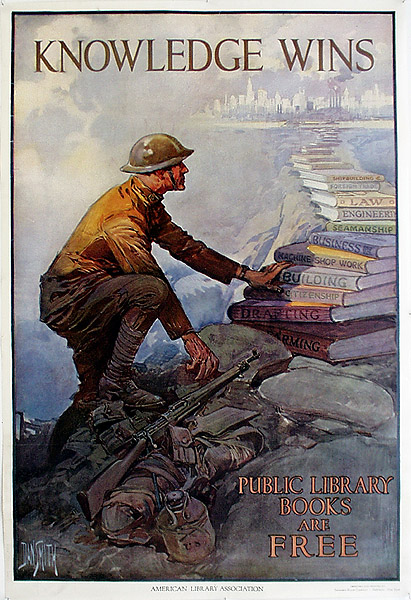 Far from being the mousy, shushing, bespectacled, gray women of most people's perceptions, librarians come in a variety of packaging (including "guybrarians") and can be ardent defenders of their beliefs.  Take the ALA (American Library Association), for example.  They have promoted books, ideas, learning, and the freedoms due them.  Founded in 1876,  they took on the task of supplying library materials and services through their Committee on Mobilization and War Service Plans (later called the War Service Committee) in 1917. 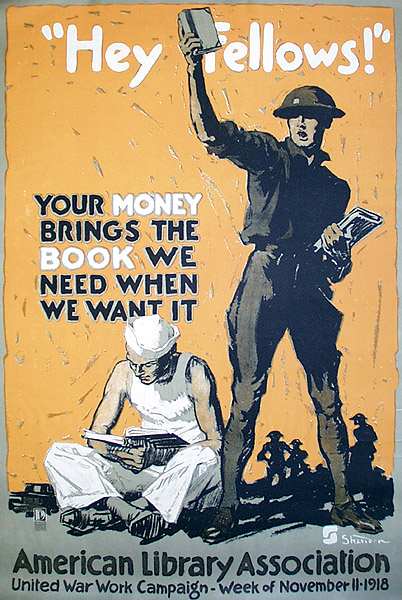 This was at the invitation of the War Department's Commission on Training Camp Activities to provide library service to the U.S. soldiers and sailors in the U.S., France and other locations.  The ALA was one of seven welfare groups affiliated with the Commission.  The ALA's wartime program, The Library War Service, was directed by Herbert Putnam, Librarian of Congress, and later Carl H. Milam. 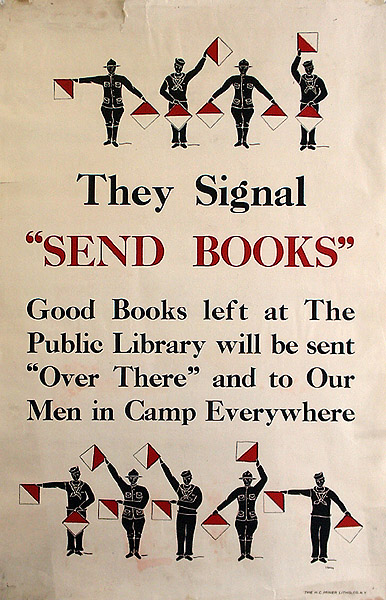 In the three years between 1917 and 1920, the ALA, whose membership was about 3,300, managed some remarkable achievements:  they raised $5 million in public donations through two campaigns; they established 36 camp libraries with $230,000 in funds from the Carnegie Corporation; they distributed approximately 7-10,000,000 books and reading materials; and provided library collections to over 500 locations, including military hospitals. 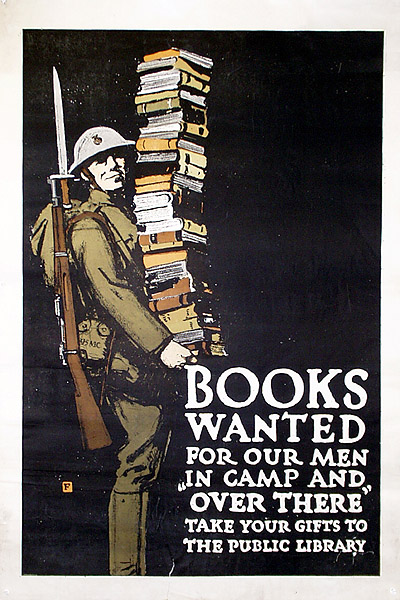 The work of the Library War Services continued after World War I. Importantly, permanent library departments were created in the Army, Navy, and Veteran's Bureau.  The American Merchant Marine Library Association was founded in 1921 for the purpose of  establishing and promoting professional library services to personnel of the American Merchant Marine, U.S. Coast Guard ships, stations, lightships, and lighthouses. 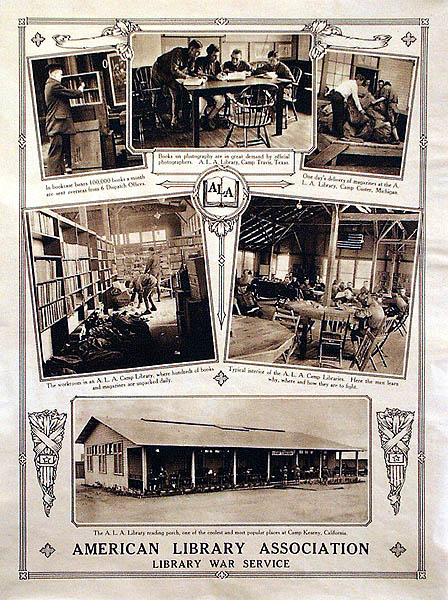 But perhaps most importantly was establishing the American Library in Paris, initially in 1918 but officially in 1920.  This was founded by community support and with 30,000 books left over from the Library War Service.  It is a private, non-profit association and is now the largest English-language lending library in Europe.  Their motto is atrum post bellum, ex libris lux, or "after the darkness of war, the light of books". 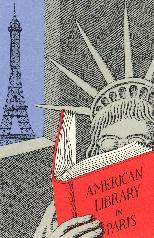 One of the first trustees was Edith Wharton.  Ernest Hemingway and Gertrude Stein were early patrons, and contributed to the Library's periodical Ex Libris, which is still in publication as a newsletter.  Patrons such as Archibald MacLeish and Thornton Wilder borrowed books.  Stephen Vincent Benét wrote "John Brown's Body" there in 1928.  When Sylvia Beach closed Shakespeare & Company in 1951 she donated books from her lending library to the American Library in Paris.


During the Nazi occupation of France, when French Jews were under threat, the Library operated an underground service, lending books to Jewish members.  In 1952, Director Ian Forbes Fraser barred the door to an inspection visit by McCarthy cronies Roy Cohn and Joseph Schine, who were touring Europe in search of "red" books in American libraries (the American Library in Paris is incorporated in the U.S.).  Today the Library is part of the American University in Paris.


The ALA continued during World War II with its efforts to provide services to the armed forces.  The Victory Book Campaign in the 1940s stimulated civilian book donations.  This project was a favorite of FDR, and is a reflection of the perception of the war as a struggle between democracy and fascism.  It was a joint effort of the ALA, American Red Cross and the United Service Organization (USO).  All together 10 million books were delivered.  They were received, sorted, packed, and shipped by librarians. 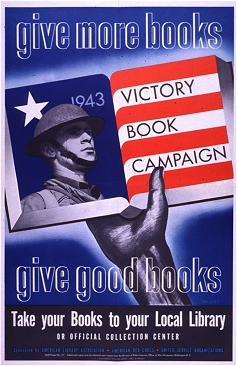 Being a librarian means knowing how to access all types of information.  It also means protecting the freedom of information and helping everyone gain access. Librarians are often moral activists.  Wars are fought on all different kinds of fronts, and the ones that keep information and privacy free are of the utmost importance to us all.  It's comforting to know that there is a trained army ready to fight and protect us from intellectual tyranny.