Unlike animals, people seem to have two physical appearances:  our bodies and how we present them, from head to toe.  Some people have little or no concern about appearance and others spent inordinate amounts of time contriving for an exact look.  This is an interesting topic, and glass artist and sculptor Karen LaMonte plays with the concept in her art. 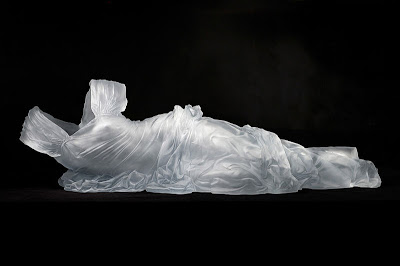 LaMonte explores the contrast between real skin and social skin.  Just like a lot of people, she uses clothing, or rather the form of clothing, to project social information.  Or maybe to camouflage or obscure information, instead.  Only LaMonte uses the body in absentia.  She refers to clothing as a "vestmentary envelope". 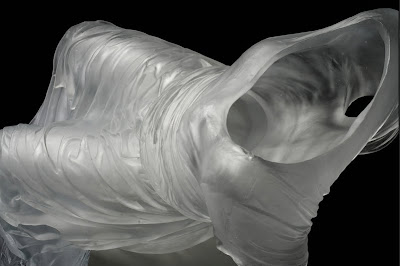 She is well-known for her life-size sculptures in ceramic, bronze, and most interestingly cast glass.  She currently lives and works in the Czech Republic, but is from the U.S.  She graduated from the Rhode Island School of Design in 1990. She was awarded a fellowship to the Creative Glass Center of America in Millville, New Jersey right after graduation.  Then she moved to Brooklyn and worked at a not-for-profit public access glass studio.  She began working in blown and cast glass at this time, and displaying her work in galleries. 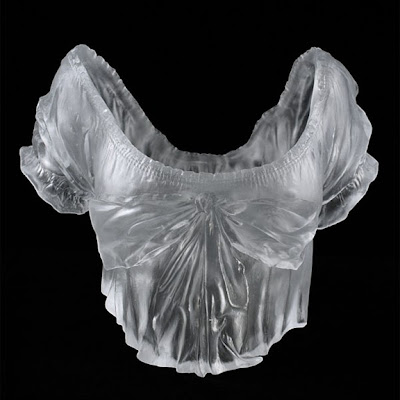 In 1999 she received a Fullbright Fellowship to work in the Czech Republic.  She began working at the  Pelechov glass casting studio in Eastern Bohemia.  While she was here she created her famous sculpture Vestige, a life-size cast glass sculpture of a dress.  It took one year to complete and during the process new technologies were developed, including a lost wax technique.  This piece is seminal, not only for her own oeuvre of work, but in the field of art glass.


Her interest in transparency manifested in monotype prints that she called "sartoriotypes" (sartorial meaning related to tailored clothes, and type meaning image or impression).  These works were shown along with her cast glass sculptures in 2002 in Venice, Italy. 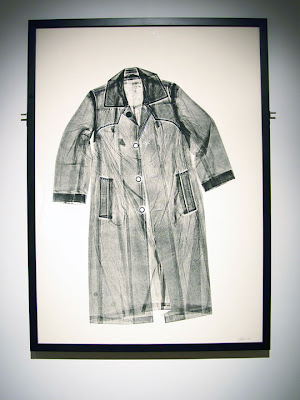 Using mirrors and photography, she began a new line of art.  These mirrors were exhibited in Prague, Czech Republic, and in Tacoma, Washington at solo exhibitions of her work.  These are glass cast hand mirrors with photo-etched steel. 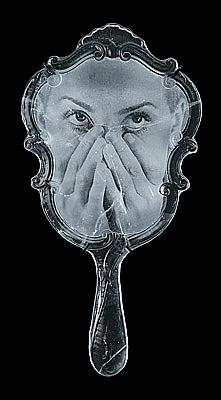 In 2006, she was awarded the Creative Artists Exchange Fellowship from the Japan-U.S. Friendship Commission and the National Endowment for the Arts.  She spent seven months studying the kimono as part of an examination of Japanese concepts of clothing and social language, thus looking at the same themes through the eyes of a different culture.


In 2009, she studied the use of ceramics at the European Ceramic Work Centre, and was the recipient of the Corning Museum of Glass/Kohler Arts Center Joint Residency for her work in glass and ceramics. 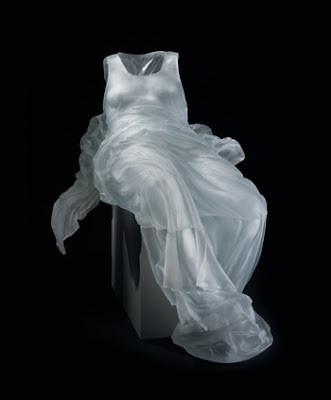 She has received many awards, and her work is featured in the permanent collections of museums in Germany, France, Australia, and all across the United States, including the forthcoming Crystal Bridges Museum of American Art.  She has also had a number of exhibitions. 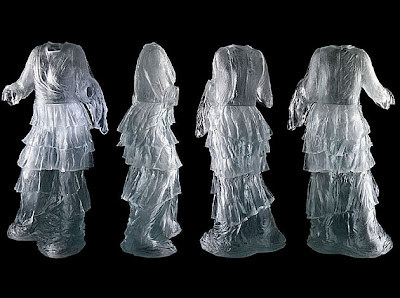 Not only are her concepts unique and fascinating, but so are the processes.  These are not easy to create but that doesn't seem to stop her.  She has achieved a body of timeless art - well worth the time and energy that went into their creation.